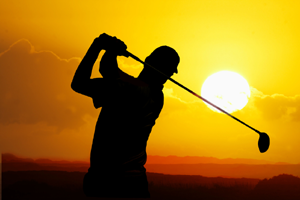 BigStock Photo
The Omega Dubai Desert Classic is taking place this weekend in the United Arab Emirates, and the 15-time PGA Tour winner Fred Couples will be competing for the duration of the tournament, instead of watching his beloved Seattle Seahawks from the 50-yard line of MetLife Stadium in New Jersey on Sunday.

Couples, who is 54, returned to the Dubai tournament for the 25th Anniversary of its existence, and as a previous winner from 1995. Six months ago, Couples purchased two tickets to this season’s Super Bowl game in hopes that his hometown team would make it as the NFC contender. Calling it a hunch, Couples stated that he paid “a lot of money” to procure the tickets, but was certainly not willing to compromise his professional integrity by blowing his chances at making the cut in the Dubai tournament. Instead, he says, he will be watching his team, and cheering throughout the game. The only fold in the plans is that he will have to set his alarm, as kickoff is scheduled for 3:30am, Monday morning – Dubai time.

Couples is up for the late night extravaganza, as he is still competing at the top of his game with his trip to the Masters this year marking his 30th appearance at the revered golf tournament. Even with an aching back, and father time ringing the bell at every turn, he has managed to finish in the top fifteen each of the past four years. Certainly a mid-morning football game is no match for his dedication, especially where the city of Seattle is concerned.