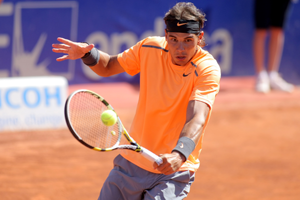 BigStock Photo
With the opening Grand Slam tennis event nearing its championship match-up on Sunday, the stage is set for the 2014 Australian Open Final Tournament. The Spaniard, and number one ATP ranked player in the world, Rafael Nadal, will face the number eight ATP ranked Stanislas Wawrinka from Switzerland on Sunday for the Norman Brookes Challenge Cup.

To get to the finals, Rafael Nadal beat the number six ranked Roger Federer, who is a 17-time major winning himself, 7-6 (4), 6-3, 6-3. The impressive win provided Nadal with his 23rd win in 33 matches against Federer. In addition, should he win on Sunday, this will be his 14th Grand Slam title, making him the first man to win all four majors at least twice in the open era of tennis.

With his twenty third win in thirty matches against Federer, the 27-year-old Spaniard set up an ideal chance to win a 14th Grand Slam title and to become the first man to win all four majors at least twice in the Open era.

Meanwhile, Stanislas Wawrinka, who hails from the same country as Federer, beat the number seven ranked Tomas Berdych from the Czech Republic to get to the finals to face the current powerhouse in tennis that is Rafael Nadal. It should be an incredibly interesting match-up, and the whole world will be watching the first of four Grand Slam tournaments of the year – even if it is tape delayed!