Winter Olympics 2014: Vonn’s Out, but It’s Next Woman Up for the USA

BigStock Photo
With news of stars like Lindsey Vonn aligning the USA Ski Team, the Sochi, Russia Winter Olympic Games appeared to have a bright medal contention future for the stars and stripes. In June 2013, Vonn was recovering from knee surgery, all while looking forward to the games in February 2014. She is, by all means, the star of the women’s downhill team – and the face of American beauty.

November and December brought setbacks into the fold, as Vonn’s constructed right knee was reinjured on the slopes, proving that he rehab was going to take more time. On Tuesday, Vonn conceded her Olympic participation, and officially withdrew from the competition. Heartbroken, of course, as are Americans everywhere who root for their beloved teams in each Olympic competition, whether it is winter or summer.

A bright spot has emerged, however, and all is not lost on the US Ski Team as the young Mikaela Shiffrin, at age 18, is a teammate of Vonn’s and ready to step into the International spotlight during the games. The truth is, she has won two World Cup Championships, and is the current Slalom title holder, and is expected to medal in both slalom and giant slalom.

While Lindsey continues to be a household name, Mikaela is ready to show the world what downhill ski enthusiasts, and those who participate in the sport, already know: She’s ready for Sochi, and does not considered herself the next Lindsey Vonn when there is room enough for both talented ladies at the top. Good luck, Mikaela and best wishes to Lindsey for a speedy recovery! 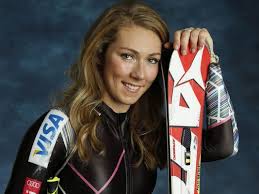 "Winter Olympics 2014: Vonn’s Out, but It’s Next Woman Up for the USA" User Comments