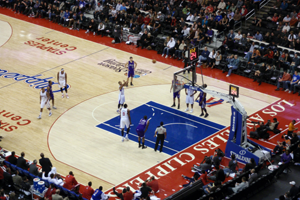 BigStock Photo
In awful news from the West Coast, six time NBA All-star Point Guard Chris Paul separated his shoulder while being fouled by the Mavericks’ Monta Ellis. The foul sent Paul falling to the court awkwardly, landing on his right shoulder, separating it.

Although the Clippers won the game, they have lost the engine that churns a league high 11.2 assists per game, while adding a little over 19 points on average. Darren Collison, the four year NBA guard will step into the point position to help the team get through what will inherently be a tough stretch of three to five weeks without Paul.

Clippers’ Coach Doc Rivers explained to the media that it is a tough loss, and that the timeline is an estimate, but unknown completely. The Clippers are sitting in fourth place in the Western Conference with a 23-12 record. Although there is no good time for your star point guard to be out of action Portland, San Antonio (where the Clippers will play today) and Oklahoma City are all playing far too well to drop any more games to them in the conference.