Share This Post!
Sitting atop the NBA Western Conference standings is an unlikely team, with a 24-5 record: The Portland Trailblazers. After beating the Clippers in overtime last night, the Blazers have date with the Miami Heat Saturday night, which should prove to be an exciting game, with powerful performances on both ends of the court.

Everyone is aware of what the Miami Heat brings to the table, thanks to their star power and the help of a few guys named LeBron James and Dwayne Wade, but Portland has been wallowing in the great Pacific Northwest, looking for their niche in the league. Greg Oden, their heralded all-star who was drafted as the overall first pick in 2007, has been hurt seemingly since the moment he held up the jersey on stage to indicate his new home. That year the Blazers went 41-41, and did not qualify for the playoffs.

Since they have been plugging away at building a team worthy of playoff chatter, and it seems they have found their groove with a quarter of the season under their belts – nearly matching their winning record of a mere 33 games last season.
Could it finally be Portland’s time again? They have made it to four NBA Championships, winning one title in 1977. Their best record for the season came in 1991, at 63-19. Any chance they can eclipse that mark this year? It is hard to say, but it is certainly going to be fun to watch their season unfold. 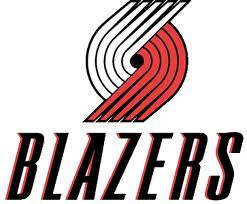